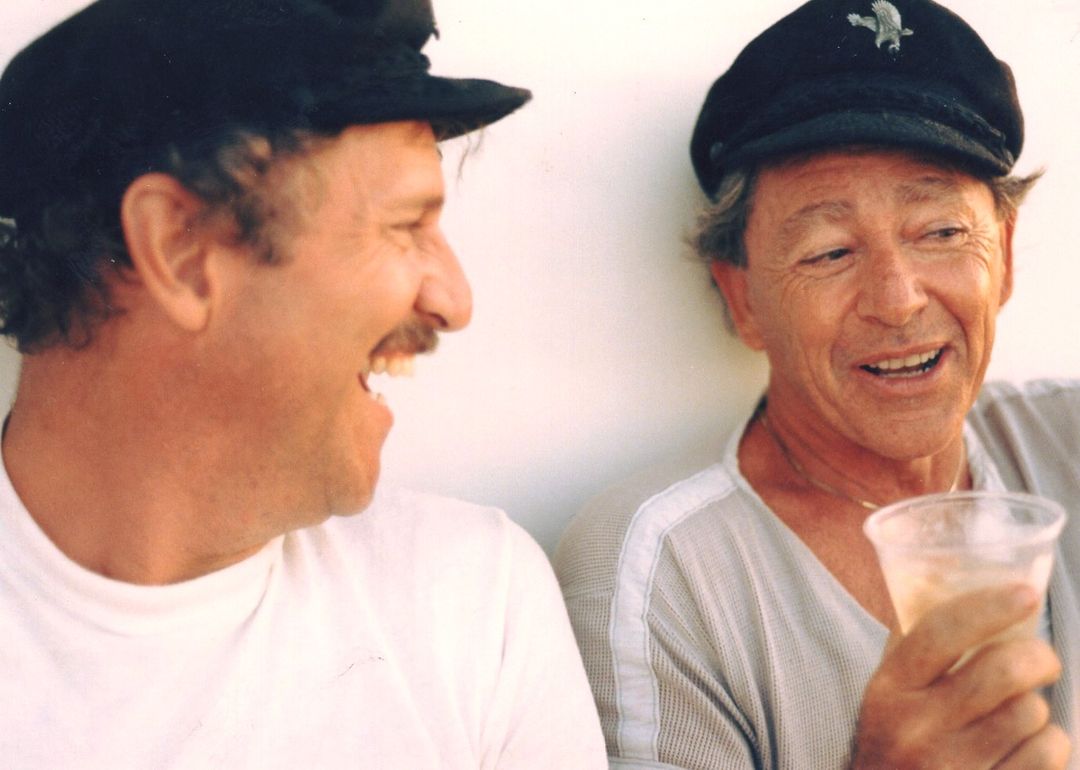 My, how time goes by, Like my latest thriller;

In the Blink of an Eye.

On a cruise around the backside of Catalina Island, Brent and the Captain were caught with a shaker of martinis in the cockpit.

Brent and Pam have always been our best friends. We share many sea stories. Sometimes aboard his vessel, Gentle Lady or onboard Southern girl. He’s a good sport, and one of the best story tellers I know.

On this particular day we left Avalon harbor early to cruise around the East-end of Catalina Island, with an overnight stay in Cat harbor, knowing the popular Isthmus harbor would be full. After a full week in Avalon one more night with a change of venue was too tempting to resist.

About an hour out we saw a lobsterman pulling his traps and stopped to watch. I offered to purchase several for our dinner that night. His response was; “I’m not allowed to sell direct to the public. Before I could turn around, he started tossing nice sized lobster up onto the foredeck.

I thought they were going to scramble overboard before we could coral them and drop them into the bait tank. The fine fellow refused pay for the catch. We thanked him and continued on into the harbor. A quick hike across the spit of land to the only market offered the opportunity for a surf and turf meal aboard.

Unfortunately, the grill master; and that be me, allowed the hastily purchased T-bones to burn down to crispy-critters. The fault was soon discovered; A shortage of olives for the martini shaker.

-Memories From the Southern Girl, by Jerry Baggett 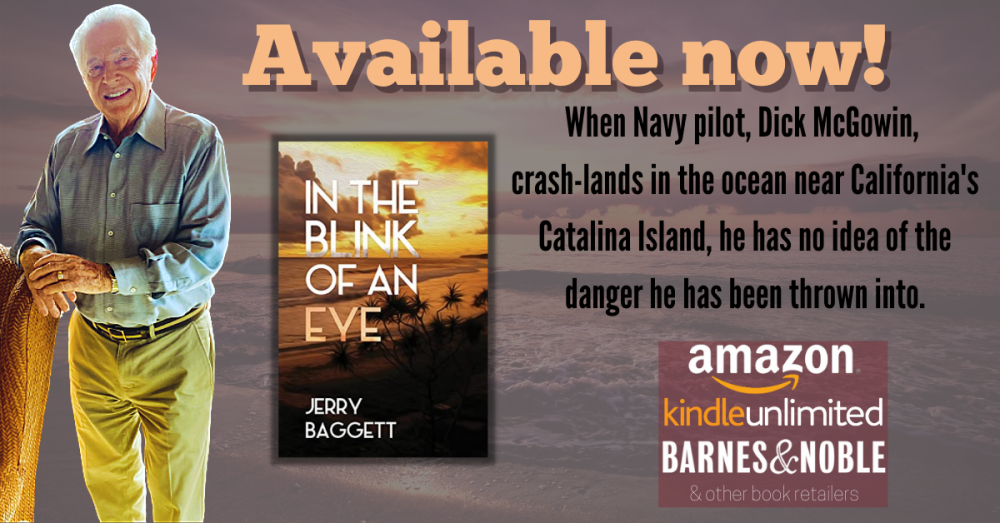 Join me as I read a few of my favorite parts from my thrilling new novel, In the Blink of an Eye. Buy your copy now on Amazon, Barnes & Noble, and many other book retailers! – Jerry Baggett 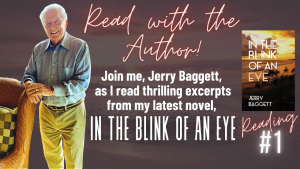