When Navy pilot, Dick McGowin, crash-lands in the ocean near California’s Catalina Island, he has no idea of the danger he has been thrown into. His burgeoning romance with Samantha, a nurse from the island, is violently disrupted when the pair discover the body of a young woman. Secrets of the island and its inhabitants begin to be revealed and Dick and Samantha realize they are connected to the mystery themselves. Will these unlikely targets of a vast criminal network conquer their enemies and discover the long-buried secrets of their families?

A story of survival and redemption within the murderous underworld of drug smuggling and exploitation in America’s South. 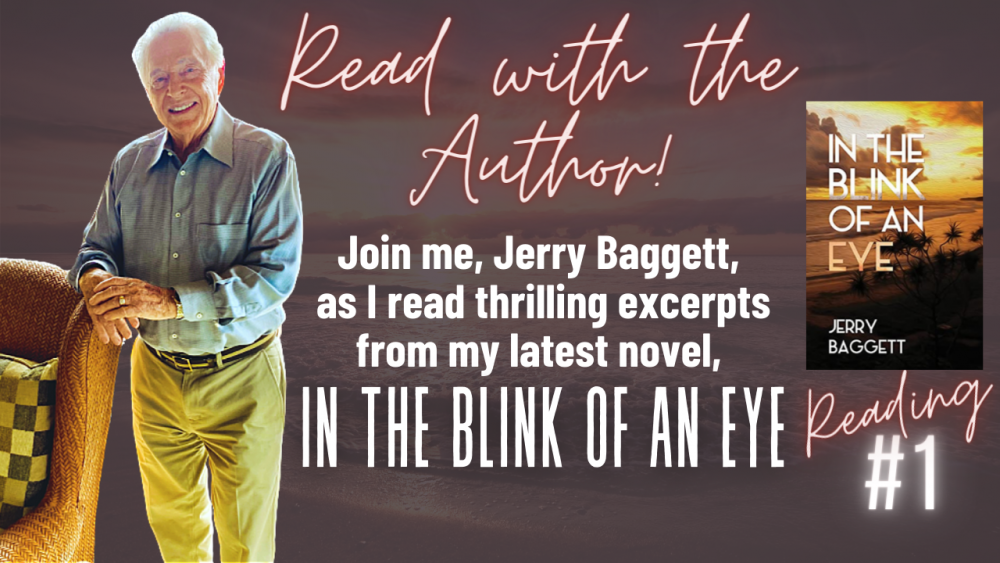 Listen or read along with me as I read some of my favorite parts from In the blink of an Eye!

Watch my 1st reading:  Jerry Baggett’s 1st reading of In the Blink of an Eye